The Whistler area is not only a place of scenic wonder, but also a region that is rich with a fascinating history and cultural background. Before becoming a ski area and winning accolades as a world-class resort, and before welcoming the world for the 2010 Olympic and Paralympic Winter Games, this was still a place that drew visitors from far and wide.

Whistler Blackcomb is a major ski resort located 125 km north of Vancouver, in British Columbia, Canada. By many measures it is the largest ski resort in North America; it is 50% larger than its nearest competitor in terms of size, has the greatest uphill lift capacity, and until 2009, had the highest vertical skiable distance by a wide margin. Whistler Blackcomb also features the Peak 2 Peak Gondola for moving between Whistler and Blackcomb mountains at the top. With all of this capacity, Whistler Blackcomb is also often the most-visited ski resort, often besting 2 million visitors a year. 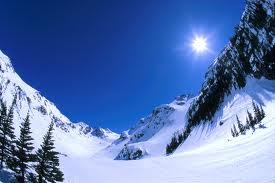 Located in the Coast Mountain Range of British Columbia, Whistler consistently offers the most reliable snow conditions, receiving an average annual snowfall of 11.9 metres (39.1 feet) based on the past ten years. Due to Whistler’s coastal proximity, temperatures are moderate through the winter season, rarely dipping below -10°C (12°F) in the valley and -15°C (5°F) in the alpine during the coldest part of the year. Expect -5°C (22°F) average daily alpine temperatures during most of the winter months. Summer in Whistler brings temperatures ranging from highs of 21°C / 70°F to 27°C / 80°F with August being the warmest month. There are also many things to do other than just enjoy the scenery! Skiing,  snowboarding, mountain-biking, and hiking are popular activities in Whistler, however, you can also spend a few hours soaking in a hot tub over-looking Whistler’s ski runs, shop, fish, golf, swim, and much more! For more info check Whistler Blackcomb